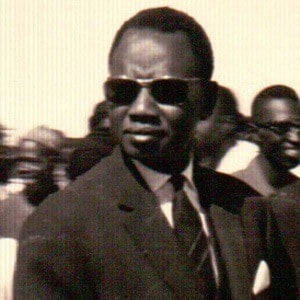 Politician who became the Prime Minister of Senegal in 1957. In 1962 he was removed from office and imprisoned for allegedly planning a coup to overthrow the president.

He studied at Ecole William Ponty and served in the French Senate.

He was a radical socialist who often disagreed with President Senghor while serving as Prime Minister.

He was born in Kombole.

He was accused of planning to overthrow President Leopold Sedar Senghor.

Mamadou Dia Is A Member Of