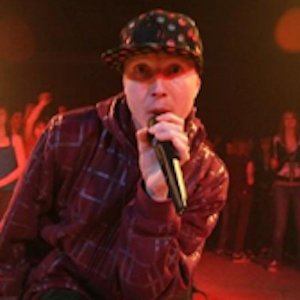 Hip-hop and rock artist who has won widespread acclaim in Christian music circles with releases like The Chase (2010) and Reborn (2015). He has been nominated for the Juno Award for Contemporary Christian/Gospel Album of the Year several times.

He decided to focus on music following a skateboarding accident in 1998. He briefly performed with the rap group Under One King.

His self-help book Fighter: Five Keys to Conquering Your Fear and Reaching Your Dreams was published in 2013.

His birth name is Christopher Scott Greenwood. He and his sister Virginia were raised by his mother following his father's suicide. He married Melanie Cardoza, with whom he has a daughter named London.

He was signed to BEC Recordings after attracting the attention of Trevor McNevan.

Manafest Is A Member Of