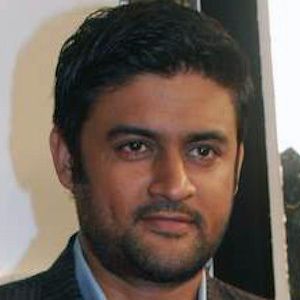 Indian actor who is most famous for his roles on various Hindi television shows, including Khelti Hai Zindagi Aankh Micholi, Kahaani Ghar Ghar Ki and Naaginn. He is also an accomplished theatre actor, having appeared in plays like Kennedy Bridge and Lady from the Ocean.

He got his education in Vadodara, India. He first appeared on television on the series Kahaani Ghar Ghar Kii in 2001.

In 2006, he was a contestant on the celebrity dance competition Nach Baliye 2, where he was named Best Dancer by choreographer Saroj Khan.

He married actress Shweta Kawatra in 2004. His first child, Zahra Tabeetha, was born in May 2012.

He appeared alongside Swaroop Sampat in the award-winning 2013 drama film Saptapadii.

Manav Gohil Is A Member Of