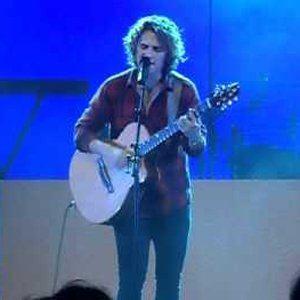 Singer-songwriter and guitarist best recognized as the representative for Spain in the 2017 Eurovision Song Contest.

He first gained a following in 2014 after winning the regional contest Catalunya Teen Star. He was then signed to TeenStarRecords and released the debut single "Brand New Day."

His 2017 single "Do It for Your Lover" topped out at #41 on the national Spanish charts.

For the Catalunya Teen Star contest, he did a cover of Drake's "Hold On, We're Going Home."

Manel Navarro Is A Member Of