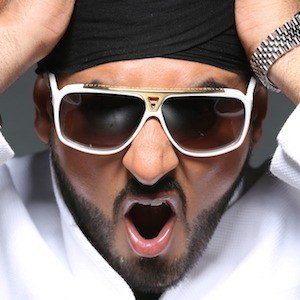 Known as the solo act Manj Musik, he was one part of the music group RDB until their split. His music combines Western and Indian themes.

He watched his brother Kuldeep tinker with music equipment. Soon he and his other brother Surjeet helped to create their unique sound.

After Kuldeep's death and RDB's split, Surjeet and Manjeet were caught in litigation over RDB's brand and properties.

He married fellow musician Nindy Kaur in 1999; they have a son named Anoop.

He collaborated with Humble The Poet on Panasonic Mobile MTV Spoken Word on the track "Desi Hop Hop."

Manjeet Singh Ral Is A Member Of