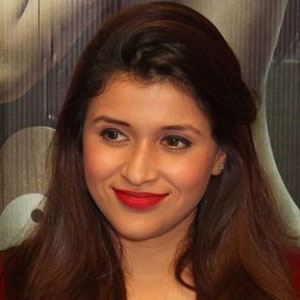 Also known as Barbie Doll Sapno Ki Rani, this Indian actress starred in the 2014 Hindi feature Zid and appeared in the Tamil films Sandamarutham and Kaaval.

At the start of her entertainment career, she worked as a model and commercial actress. In her early adulthood, she also designed clothing and choreographed dance numbers.

She made her big screen debut in the 2014 Telugu feature Prema Geema Jantha Nai.

Born Barbie Handa, she grew up in Jharkhand, India, as the daughter of an attorney and a jeweler. She is a cousin of prominent Indian screen actresses Meera, Priyanka, and .

She and Shraddha Das play the respective roles of Maya and Priya in the movie Zid.

Mannara Is A Member Of