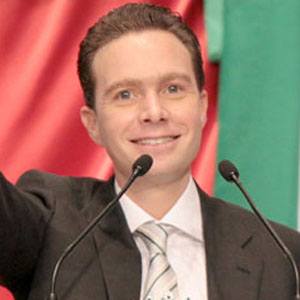 After serving in both the Congress of Chiapas and the Mexican Congress' LIX Legislature, this member of the Ecological Green Party of Mexico (PVEM) took office as Governor of Chiapas.

He began his political career in 1999 and, by 2001, had become the youngest member of the Congress of Chiapas.

In July of 2006, he became the youngest person to have ever been elected to the Mexican Senate.

He grew up in Chiapas, Mexico, as the child of Jose Manuel Velasco Siles and Leticia Coello Garrido.

In 2014, he became engaged to the popular Mexican actress and singer Anahi; the couple wed in 2015 and had two sons together.

Manuel Velasco Coello Is A Member Of