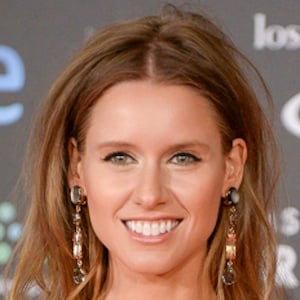 Spanish actress who is best known for her role as Isa in the 2010 film Secuestrados and for starring in Lobos Sucios where she played Candela in 2015. In 2019, she began starring in Alta Mar.

She is known for having won the Best Actress award at the International Short Film Festival Vila-Real Cineculpable in 2010 for her role in the short film El Orden de las Cosas.

She starred alongside Charlotte Rampling and Bebe in the 2007 television movie Chaotic Ana.

Manuela Velles Is A Member Of