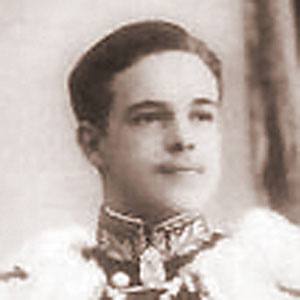 The final King of Portugal who came to power in 1908 after the assassination of his father, King Carlos I of Portugal. He was ousted by the civilian revolution on October 5th, 1910.

He began working towards a career in the Portuguese Naval Academy in 1907.

He supported England during World War I.

He was married to Princess Augusta Victoria until his death.

He was in a long relationship with entertainer Gaby Deslys before marrying his wife.

Manuel II of Portugal Is A Member Of