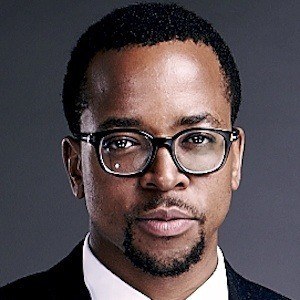 TV host and model known for his work on the shows Rockville and The Real Jozi A-Listers as well as reporting for E! Beyond the Red Carpet. He played Nat on Tell Me Sweet Something.

He started modeling after graduating from St John's College high school and continued to work in the industry while attending Wits University, where he earned a bachelor's degree in media studies, French, English and international human rights.

In 2011, GQ named him "Best Dressed Man." He followed it up two years later with "Sexiest South African Man" honors from Cosmopolitan.

His father is former South African international soccer player Marks Maponyane and he has an older brother named Katlego.

He and Bonang Matheba worked together while reporting for E! Beyond the Red Carpet.

Maps Maponyane Is A Member Of