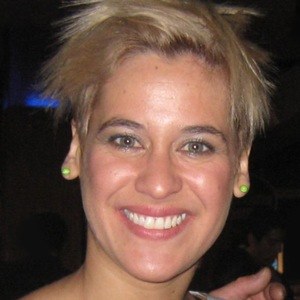 Singer who released her first album, Voy Al Frente (1990), when she was just 13 years old. She has gone on to become a mentor on talent competitions like Todos a Coro and Cantando Por un Sueño.

She was raised in the town of Magdalena, Argentina.

She won the first season of the Chilean talent show Rojo in 2003.

She is openly lesbian. She entered into a civil union with her longtime partner, Tania Garcia, in 2018.

She has been a judge on Calle 7, hosted by Katia Palma.

María Jimena Pereyra Is A Member Of