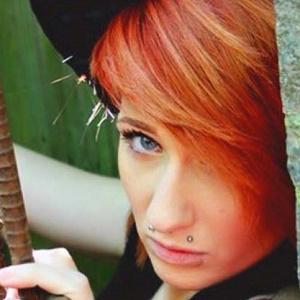 One-half of the electropunk/tripstep/EDM duo Unforgiven Amore who formally became a part of the duo in January of 2013. The group released their first track "Trippin'" in January of 2014 and followed it with an EP called Feel The Control.

She initially never thought about music being a serious career and went to culinary school shortly after graduation from high school.

She was born Sabra Rochelle Harris in Wright City to parents Patricia Harris and Sean Harris. She is the oldest of 3 kids; she has siblings named Patrick and Takaya.

She joined Bryant Jaii to complete the UA duo after Jaii formed the group in 2012.

Maralyn Snow Is A Member Of