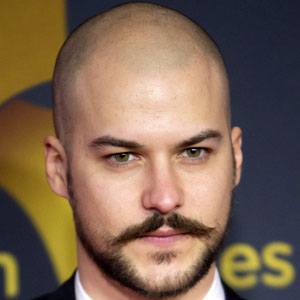 Canadian actor known for his role as Zachary Beaulieu in the 2005 film, C.R.A.Z.Y. He was nominated for a Canadian Screen Award for Best Actor in a Leading Role for his portrayal of Michel Dumont in the 2012 film, L'Affaire Dumont.

He appeared in a Minute Maid orange juice commercial when he was three years old.

He has played drums for a few local Montreal bands.

He is the son of radio personality Denis Grondin and the younger brother of actor Mathieu Grondin.

He co-starred with Ellen Barkin in the 2010 film, The Chameleon.

Marc-Andre Grondin Is A Member Of