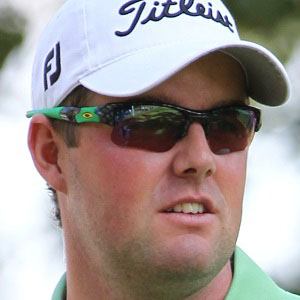 Australian golfer known for victories at events like the 2008 WNB Golf Classic and 2012 Travelers Championship. He was a member of the International Presidents Cup team in 2013.

In 2009, he became the first Australian to win the Rookie of the Year award on the PGA Tour.

He bested runner-up Charley Hoffman at the 2012 Travelers Championship.

Marc Leishman Is A Member Of