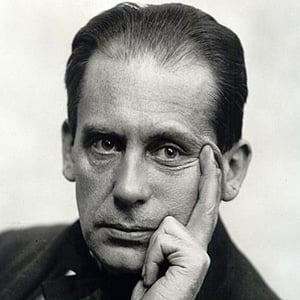 Founder of the Bauhaus school and pioneer of the Modernist movement in architecture. Designed Cologne's Werkbund Exhibition in 1914. Helped establish The Architects' Collaborative in Cambridge.

He couldn't draw, so he hired an assistant in school to do homework for him. He was hired by Peter Behrens' firm in 1908, where he worked with Ludwig Mies van der Rohe and Dietrich Marcks.

His work included the U.S. Embassy in Athens, Greece, and the MetLife Building in New York City.

He was born the third child of architect Walter Adolph Gropius and Manon Auguste Pauline Scharnweber. He married Alma Mahler, who was Gustav Mahler's widow; they divorced in 1920.

He and Le Corbusier were two of the key influences on modern architecture; they both worked for Behrens at the same time.

Walter Gropius Is A Member Of