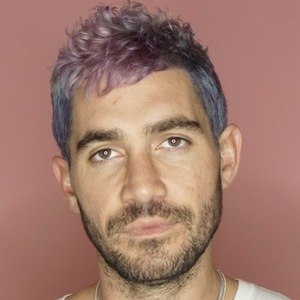 Celebrity art dealer and agent who founded Marcel Katz Art, an art dealership and online gallery in Miami which was established in 2015. He is the curator of The Art Plug.

He has been the creative director for campaigns with such brands as Red Bull, Stella Artois and Foot Locker. He has had access to work by a number of prominent artists such as Pablo Picasso and Andy Warhol.

He was born in Miami, Florida. He has a sister and a half-brother who is a French curator.

When he was 30 years old, he became the world's youngest active Salvador Dali dealer.

Marcel Katz Is A Member Of