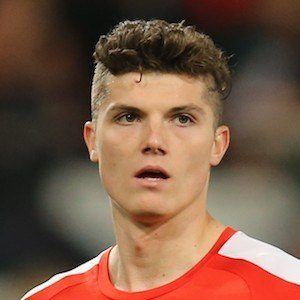 Austrian footballer who is most recognized for his work with the team RB Leipzig.

He has received several honors while playing for the Austrian National Team including winning the Austrian Cup in the 2014-2015 season.

He was born and raised in Graz, Austria. He is also the son of footballer Herfried Sabitzer.

As a member of Austria's National Team, he played alongside Aleksandar Dragovic and Marc Janko.

Marcel Sabitzer Is A Member Of