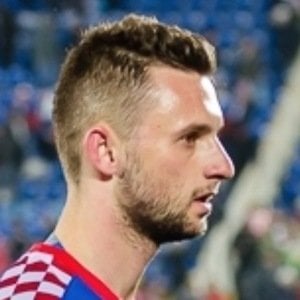 Croatian midfielder who is famous for his international club career, including for Italy's Serie A squad Inter Milan. He previously led Croatian side Dinamo Zagreb to the Croatian Supercup victory in 2013.

He began his youth soccer career in 2002. He graduated from Hrvatski Dragovoljac's youth academy in 2010.

He contributed to the Croatian national team's runner-up finish at the 2018 FIFA World Cup. He previously played for his home country at the 2014 FIFA World Cup and UEFA Euro 2016.

He married his wife Silvija Lihtar in 2016. They had a daughter named Aurora a year later.

He has played alongside Roberto Gagliardini as midfield teammates for Inter Milan.

Marcelo Brozovic Is A Member Of