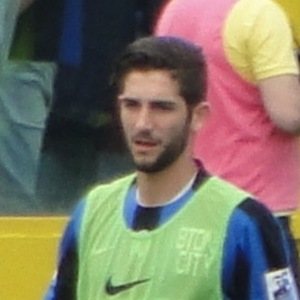 Midfielder best known for his years spent with Atalanta BC, whom he joined in 2013. He has represented Italy internationally, debuting with the under-20 squad in 2014.

He began his youth career at hometown club Atalanta in 2001.

He was called up to the Italian national squad for the first time in a 2018 FIFA World Cup qualification match against Liechtenstein.

His parents are Rosanna Palmeri and Alessandro Gagliardini.

He played with goalkeeper Samir Handanovic while on loan to Inter Milan.

Roberto Gagliardini Is A Member Of