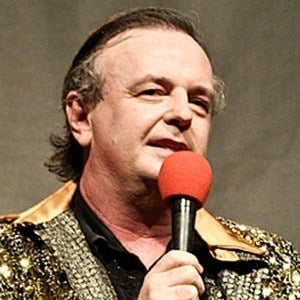 Standup comedian who is recognized for having hosted his own program on TV Gazeta called The Marcelo Mansfield Show. He also produced and hosted the humor show TVlândia for eight seasons.

He appeared in commercial advertisements for Nescafé, Consul, and Ford.

In 2015, he debuted his first broadcast radio program Club of Five.

He interned on the American sitcom The Nanny which starred Fran Drescher.

Marcelo Mansfield Is A Member Of