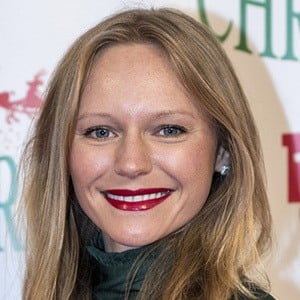 Model and actress who rose to fame after playing Abigail Devereaux on Days of Our Lives from 2016 to 2018. She was the ninth actress to portray the daughter of super couple Jack and Jennifer Devereaux on the long-running NBC soap.

She's originally from North Liberty, Indiana and studied Vocal Performance at Bethel College before moving to Louisville, Kentucky and later Los Angeles to pursue a career in acting.

She also appeared in the 2016 film American Fable alongside Richard Schiff and Kip Pardue.

She has a younger sister who is named after the iconic Days of Our Lives character, Kayla Brady

She appeared on Days of Our Lives alongside longtime stars Deidre Hall and Alison Sweeney.

Marci Miller Is A Member Of