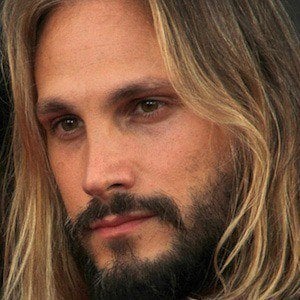 Italian artist known for being the husband of actress Zoe Saldana. The couple was married in 2013. He has over 30,000 followers on Instagram.

He was a professional soccer player, but his career was derailed by injury. He then moved to New York City to pursue art.

He and Zoe had a pair of twins, Cy and Bowie, in November of 2014. Their third child Zen was born in February 2017. His father, Ezio, worked as a waiter during Marco's youth.

He helped produce the movie Me + Her, which starred Keiko Agena.

Marco Perego Is A Member Of