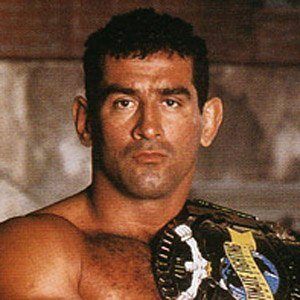 Early MMA pioneer nicknamed the King of the Streets was the UFC 7 Tournament winner in September 1995.

He founded his own type of martial arts called Ruas Vale Tudo that combines Jiu-Jitsu and kickboxing.

He was born in Rio De Janeiro, Brazil.

He was the winner of the UFC 7 tournament; Don Frye would win the UFC's 8th tournament.

Marco Ruas Is A Member Of