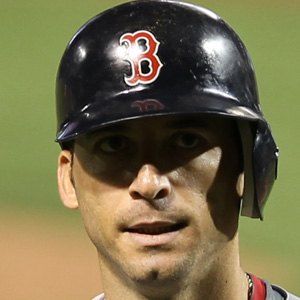 Venezuelan second baseman who won the NLCS MVP Award with the San Francisco Giants in 2012.

He was first introduced to the game of baseball at age six.

He played for the Mets, Athletics, Blue, Jays, Red Sox, and Rockies before joining the Giants.

He had two daughters, Maria Veronica and Valerie, with his wife Marines Scutaro.

His favorite baseball player growing up was Omar Vizquel.

Marco Scutaro Is A Member Of