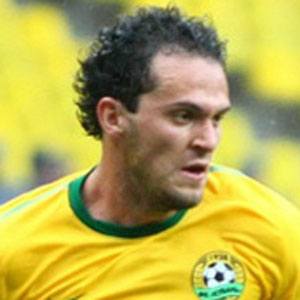 Striker who joined Kuban Krasnodar in 2011 and became a member of the Costa Rican national team in 2009.

He debuted professionally for Alajuelense in 2008.

He scored Costa Rica's third goal in the team's opening round victory over Uruguay at the 2014 World Cup.

Marco Urena Is A Member Of