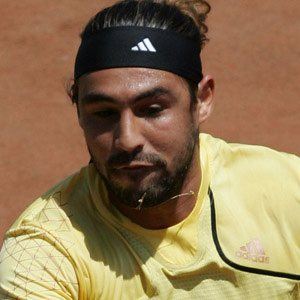 Cypriot who achieved an ATP World No. 8 singles ranking in 2006 and was described as 'a wonderfully ebullient character who radiates immense enjoyment.'

When he was 13, he was admitted to the Mouratoglou Tennis Academy in Paris on an Olympic Solidarity Youth Development Programme Scholarship, where he learned to speak French.

He was honored with the 2005 Cyprus Male Athlete of the Year award.

He married former Croatian tennis player Karolina Sprem in 2012, with whom he fathered a daughter named Zahara.

He lost to Roger Federer in the 2006 Australian Open.

Marcos Baghdatis Is A Member Of