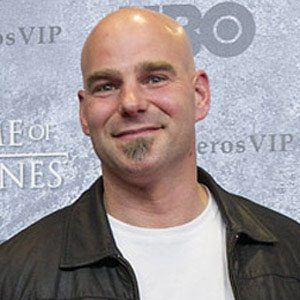 American goalkeeper who played on the United States national team from 1994 to 2011, mostly as a backup. He helped the Seattle Sounders win league championships in 1995 and 1996 and helped Reading FC wing the 2006 Football League Championship.

He played college soccer at Seattle Pacific University from 1990 to 1993.

He began his professional career in the USL with the Seattle Sounders FC in 1994.

He had two sons, Hunter and Austin, with his wife Amanda.

He played backup goalie to Tim Howard on the United States national team from 2002 to 2011.

Marcus Hahnemann Is A Member Of