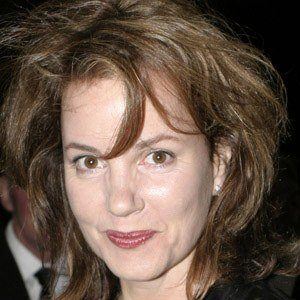 Actress most famous for her roles as Margo Hughes on As the World Turns and as Eleanor Waldorf-Rose on Gossip Girl. In addition to her television work, she has appeared in films like 1986's Something Wild, 1987's Three Men and a Baby and 2004's First Daughter.

She grew up in Baldwin, Long Island and graduated from Hofstra University. She got her start in acting playing an heiress on the soap opera The Edge of Night.

She is known for her pro-life activism, having served as an honorary co-chair for the anti-abortion organization Feminists for Life.

She married actor in 1988. She has sons named Sam and Joe.

She co-starred with Blake Lively on Gossip Girl.

Margaret Colin Is A Member Of