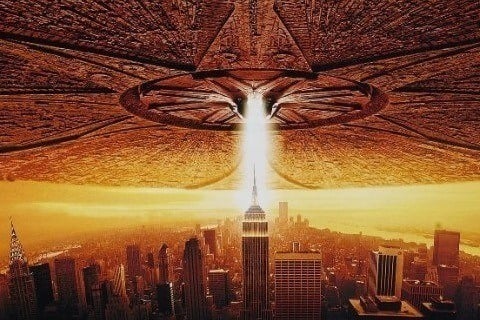 Aliens have come to destroy to world on July 4, Independence Day, and the only thing blocking their path is an unlikely group of people united by their bravery and will to survive. The film grossed over $817 million worldwide.

The film briefly became the second-highest grossing movie of all time, and stayed as the highest grossing film of 1996. The movie later won the Academy Award for Best Effects, Visual Effects.