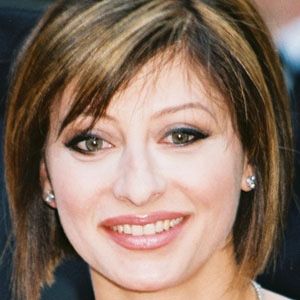 First daily TV reporter to broadcast from the N.Y. stock exchange floor. She became the first journalist to be inducted into the Cable Hall of Fame in 2011.

She worked in the coat check room of her family's Italian restaurant.

She co-hosted the Closing Bell, and was an editor for The Wall Street Journal Report.

She appeared in The taking of Pelham 123, starring Denzel Washington.

Maria Bartiromo Is A Member Of