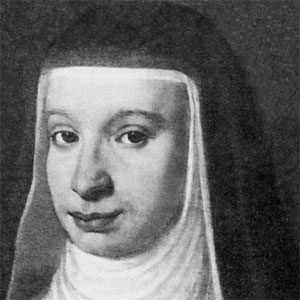 Daughter of Italian scientist Galileo Galilei who was an important mediator throughout her father's life and served as San Matteo's apothecary.

She took the veil at the San Matteo convent in 1616 and chose her religious name, Maria in honor of the Virgin Mary.

The International Astronomical Union named the impact crater Maria Celeste on Venus after her.

She was born the eldest of three siblings and grew up with a sister and brother.

She was the daughter of scientist Galileo Galilei.

Maria Celeste Is A Member Of