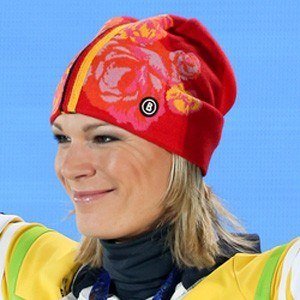 She medaled in several events at the Junior World Championships.

She won a silver medal in the Super-G at the 2014 Olympics.

Her younger sister Susanne is also a competitive skier.

Skier Fanny Chmelar also competed for Germany in the 2010 Olympics.

Maria Hofl-riesch Is A Member Of