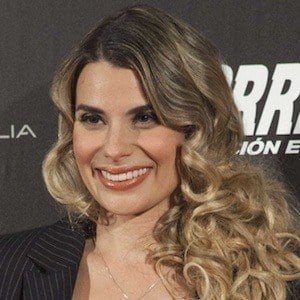 She grew up between the Spanish municipalities of Les Borges Blanques and Mollerusa.

She dipped into music in 2012, releasing the dance album Infimissimo.

She married Mark Hamilton in 2014 and separated from him in 2017. She has daughters with Hamilton named Martina and Carlota. She was previously married to Ramiro Lapiedra.

She co-starred with Santiago Segura in Torrente 4: Lethal Crisis.

María Lapiedra Is A Member Of