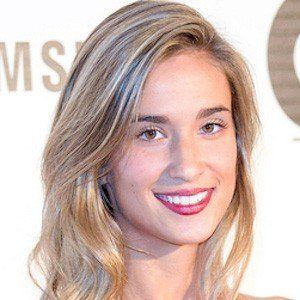 Instagram sensation and blogger behind the Hola Fashion blog Yo, Mi, Me, Contigo. She posts about everything from fashion to travel for her 2.2 million Instagram followers. She also has a YouTube channel called Meri Pombo, where she has posted vlogs, music videos, and the occasional beauty tutorial.

In October 2020, she was featured in Forbes Spain's 100 Best Influencers list. That same month, she appeared on the variety show El Hormiguero.

Her boyfriend, Pablo Castellano, has appeared in videos on her YouTube channel like "Viaje a Lisboa" and "BOYFRIEND TAG & WHISPER CHALLENGE." They became engaged in August of 2018 and they married in June 2019. Their first child was born on December 27, 2020. Her sisters are fellow popular influencers named Marta and Lucía Pombo.

María Pombo Is A Member Of