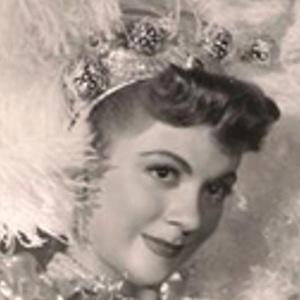 Rumba dancer who became known as one of the Tropical Queens of the Golden Age of Mexican cinema.

She made her motion picture debut in the 1938 film, Siboney.

She and Rosa Carmina became two of the five Tropical Queens of Rumberas film in Mexican Cinema.

Maria Antonieta Pons Is A Member Of