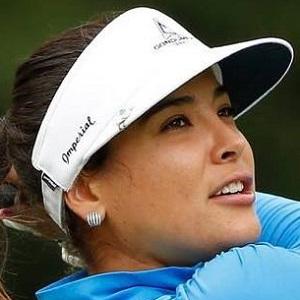 Colombian women's golfer who turned professional in 2009 and went on to win events like the 2011 HSBC Brazil Cup. She was a two-time All-American First Team selection at UCLA.

She is the first Latin American player ever to win the U.S. Women's Amateur.

She and Patrick Cantlay both played golf at UCLA.

Mariajo Uribe Is A Member Of