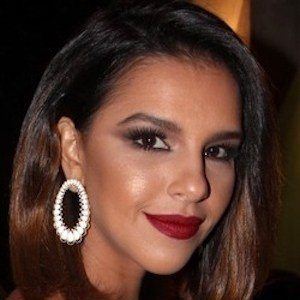 Best known for her careers as an actress, singer, and model throughout Brazil. Her 2008 single "Amar é Assim Mesmo" reached #32 on the Brazilian Hot 100 Chart.

In 2009, she released her debut self-titled album, which sold over 10,000 units. She has appeared on the Brazilian telenovelas Malhação, Araguaia, and Salve Jorge.

She was born and raised in Araxa, Brazil.

She appeared in the 2012 Brazilian comedy film Totalmente Inocentes alongside comedian Fabio Porchat.

Mariana Rios Is A Member Of