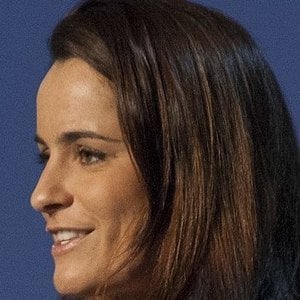 Actress and television personality who has become known for her appearances on shows like Amor & Sexo and Zorra Total. She also starred in the 2016 feature film É Fada.

She made her acting debut in 2005 on the Channel Brasil shows MMPT and Diário de Sofia.

She has a sister named Fernanda. In 2016, she married Rodrigo Velloni.

She joined Kefera Buchmann in the cast of 2016's É Fada.

Mariana Santos Is A Member Of