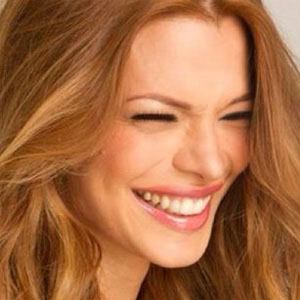 Venezuelan television show host, actress, and model who is known as the host of the television show Portada's. She was also the runner-up at the 2003 Miss Universe pageant.

She started out modeling in pageants and became Miss Aragua in 2002.

She competed on the show Bailando con las Estrellas in 2005.

She was married to baseball player Tony Alvarez from 2006 until 2008, and they had a daughter who's named after her.

She has been compared to the 1996 Miss Universe pageant winner Alicia Machado.

Mariángel Ruiz Is A Member Of