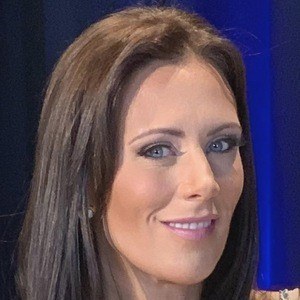 Known for having held the title of Miss Venezuela in 2001. She subsequently competed in the Miss International 2002 and Miss Universe 2002 pageants. She finished as the 4th runner-up in the latter.

She moved to the US at age 11 before returning to Venezuela at age 16.

She is trained in firefighting techniques, which she learned prior to her competing in the 2001 Miss Venezuela pageant. She has subsequently worked in Venezuela as a TV show host and anchorwoman.

She was born in Caracas, Venezuela. In September 2011, she married her boyfriend Carlos. The couple have two children together, named Sebastian and Oscar.

She competed alongside eventual winner Oxana Fedorova during the 2002 Miss Universe pageant.

Cynthia Lander Is A Member Of