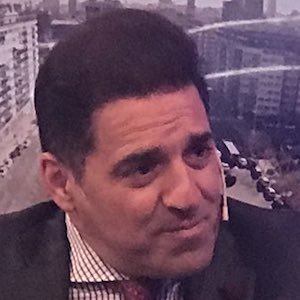 Television personality who became popular for his comedic presence as the host of such Argentine shows as La Cocina del Show, Soñando Por Cantar and Dale la Tarde. He has also been a contestant on reality shows like Odisea, en Busca del Escarabajo Dorado.

He grew up in Buenos Aires, Argentina and worked as an assistant manager at a bank in his early 20s.

He hosted a cooking segment on the program Este es el Show.

He married a woman named Romina. He has three daughters named Maria and a son named Osvaldo.

Mariano Iudica Is A Member Of