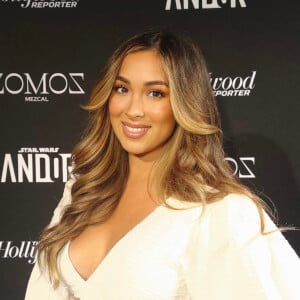 Actress, dancer, and model who has appeared in the films Le Grand Voyage and Mac Daddy's Vegas Adventures. She also had lead roles on the TV series My American Family and on the reality series Pretty Girls Lit.

She performed a piano recital at the Music Center Los Angeles. She also performed at World of Dance Los Angeles as a special guest with The Lab in 2014. As a young child she was involved in a lot of activities, such as ballet, tap dancing, cheerleading, gymnastics, acting, modeling, jazz dance, hip hop dance, piano lessons, and violin lessons.

She was raised by a single mother, Veronica Ponce. She is an only child but has two uncles whom she saw as brothers.

She appeared alongside Danny Trejo in My American Family.

Marilyn Flores Is A Member Of