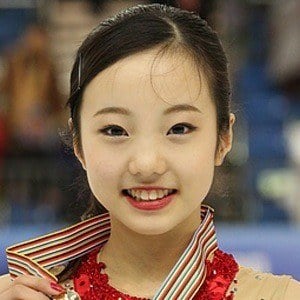 She began skating at the age of two in order to follow in the footsteps of her brother Taichi.

She has studied and trained at Kansai University Middle School. She has over 900,000 followers on Instagram.

She is one of five children including Taichi, Maho, Miyu, and Sara. All are figure skaters beside Maho.

Marin Honda Is A Member Of