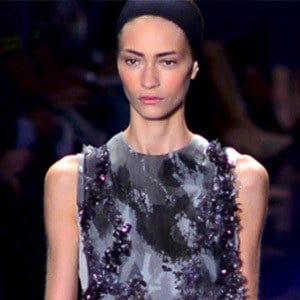 French model who is known for having earned representation from the agency Elite Paris. She is also known for sharing her modeling shots through Instagram for her over 40,000 followers.

She first started sharing her fashion and modeling related shots through Instagram in August of 2013.

She has been featured in several press outlets for her modeling work including Ten Magazine, Numero China, and Harpers Bazaar.

She was born and raised in France and is known for dating Gabriel Amati.

Other Elite Paris models include Maxence Danet-Fauvel and Adut Akech.

Marine Deleeuw Is A Member Of