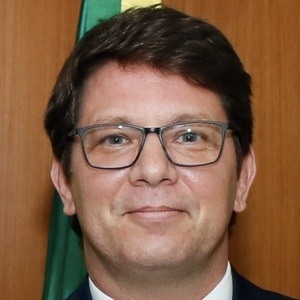 Brazilian actor who has appeared in TV shows such as As Filhas da Mãe, O Quinto dos Infernos, and O Beijo do Vampiro.

One of his initial acting jobs was in the 1998 television series Meu Bem Querer.

He has accrued over 650,000 followers on her mariofriasoficial Instagram account. He took a family holiday to the Dominican Republic in September 2018.

He has a son named Miguel Frias.

He acted alongside Giselle Itie in the TV series Bela, a Feia.

Mário Frias Is A Member Of