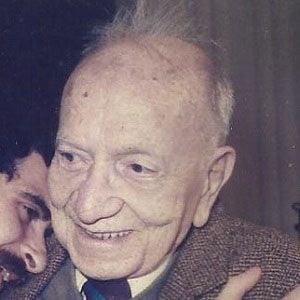 Remembered for Sapato Florido, Quintanares, Agua, and other acclaimed works of poetry, Quintana typically wrote about mortality and the passing of time and childhood.

He began his literary career as a columnist for the newspaper Correio do Povo. His debut poetry collection, A Rua dos Cataventos, was published in 1940.

He was the 1966 winner of the Brazilian Union of Writers' Book of the Year Award.

He grew up in Alegrete, Brazil, as the child of Virginia and Celso de Oliveira Quintana. For the majority of his life, he lived alone in hotels.

Mario Quintana Is A Member Of