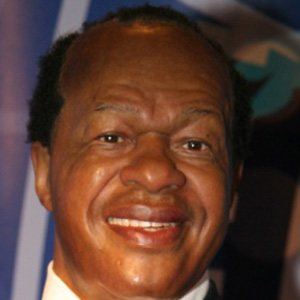 Infamous mayor of Washington D.C. who was arrested for drug charges in 1990 only to be re-elected four years later. He also served as the first chairman of the Student Nonviolent Coordinating Committee, a group that orchestrated major change during the Civil Rights Movement.

As a boy scout he earned the rank of Eagle Scout. He was a big supporter of the Civil Rights Movement during his time at LeMoyne College.

He gave the presidential nomination speech for Jesse Jackson at the 1984 Democratic National Convention.

He was been married four times; his fourth wife was Cora Masters, whom he married in 1994.

He criticized President Richard Nixon for recognizing the 1969 moon landing as a holiday, while not doing the same to commemorate the life of the great Martin Luther King, Jr. following his assassination.

Marion Barry Is A Member Of