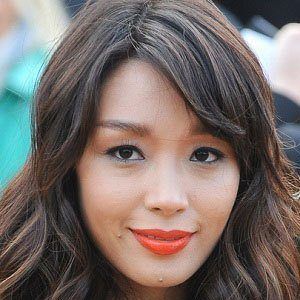 A Malaysian VJ and television personality who is most known for the reality-competition TV series One In A Million.

She graduated from Marquette University in Milwaukee, Wisconsin with a degree in broadcasting and electronics, followed by a stint as a reporter for Milwaukee's WB 18 Channel.

She has also hosted the TV series Poparazzi, a pop culture and entertainment program on Channel V in Malaysia.

She married S.M. Nasaruddin on December 16, 2010 and then soon welcomed a baby girl, Leia Rose, exactly one year later.

She briefly worked in the advertising department at KIIS-FM, the same station where Rick Dees has worked.

Marion Caunter Is A Member Of