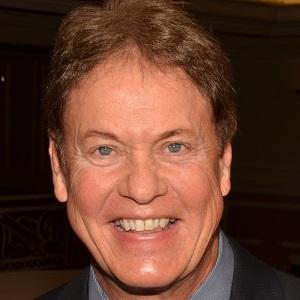 Host of the syndicated Weekly Top 40 Countdown radio show in the 1980 and '90s. He received a Grammy nomination for his comedy album Hurt Me Baby - Make Me Write Bad Checks in 1984.

His began his eponymous countdown show as a DJ for the Los Angeles station KIIS-FM, and soon after was heard in 40 markets.

After a successful career, he was inducted into both the National Association of Broadcasters and National Radio Hall of Fame.

He married Julie McWhirter, a popular comedienne in her own right, who helped him compose the unique sound effects to his countdown show.

After Dees left KIIS in a contract dispute, the young Ryan Seacrest was recruited to replace him.

Rick Dees Is A Member Of