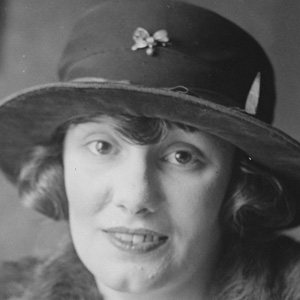 American singer in the 1920s who sang jazz and blues songs and who released singles like "Everybody's Crazy."

She started out playing vaudeville and movie theaters in Chicago in 1914.

She regularly gave performances at the Palace Theatre in the 1920s.

She was married to actor Robert Williams for a brief time and they had a daughter named Mary Ellen.

Marion Harris Is A Member Of